Recently, Julia, Mrs. Richard Cramptom, née Butler of Maidenhall, Bennetsbridge, when tidying up some papers of her late father’s  – Hubert M. Butler –  found a small collection of  ‘local’ postcards which were the work of  R.A. Cash of Carrick-on-Suir, Co. Tipperary, who with his mother and other family members perished in a domestic house-fire in Carrick-on-Suir c. 1917. These postcards in their original envelope had been gifted to Hubert by Sheila Carton, who is believed to have lived in the Piltown area of south Kilkenny in the late 1960s or early 1970s. 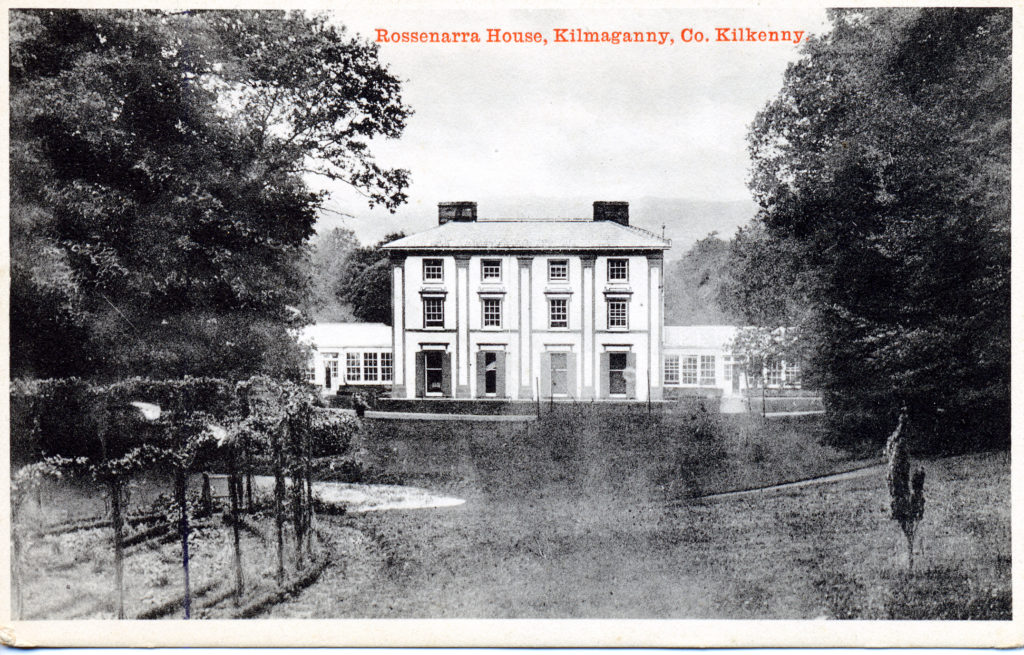 Robert. J. Cash (born c. 1876 – died 1916 or 1917) who was known as ‘Sonny’ Cash or ‘The Crippled Photographer’ captured much of the Tipperary-Kilkenny border area adjacent to his home-town, in his photographs. Sonny, partially crippled in his youth grew up to be hump-backed. He took to photography as a teenager and from his father’s shop on Market St.,Carrick-on-Suir, travelled the Tipperary-Kilkenny countryside in a side-car, building up a large collection of local views, some of which he reproduced as postcards.  Sonny was one of the most prolific producers of postcards in south Tipperary at this time.

All his glass negatives were destroyed in the same fire which cost him his life. The views which he reproduced as postcards are all that remain of his life’s work, a selection of which may be seen in the Clonmel Museum which largely came from a local collector, Mr. Hugh Ryan, who recognised the value of Sonny’s work.

To-day these postcards are a very important historical record. The earliest Cash postcard on display in the Clonmel Museum was postmarked 1904, taken when Sonny was 28.  He was about forty at the time of his death. The Irish Census records of 1901 and 1911 tell us that his father was Robert Cash, a shopkeeper while his mother was Harriet and that there were at least two sisters, Ellen (born c. 1880) and Charlotte (born c. 1884). The family were Presbyterian. These postcards set alongside the near contemporary Lawrence Collection which is today owned by the National Library of Ireland, can track developments (or losses) in this relatively small are of the Tipeprary-Kilkenny border. Amongst the topics Sonny covered were some of the local ‘Big Houses’ and in this collection we have postcards relating to Rossenara House, Kilmoganny and to Curraghmore the home of the Beresfords, Marquesses of Waterford. There are also views of local clergy houses both Protestant and Roman Catholic. 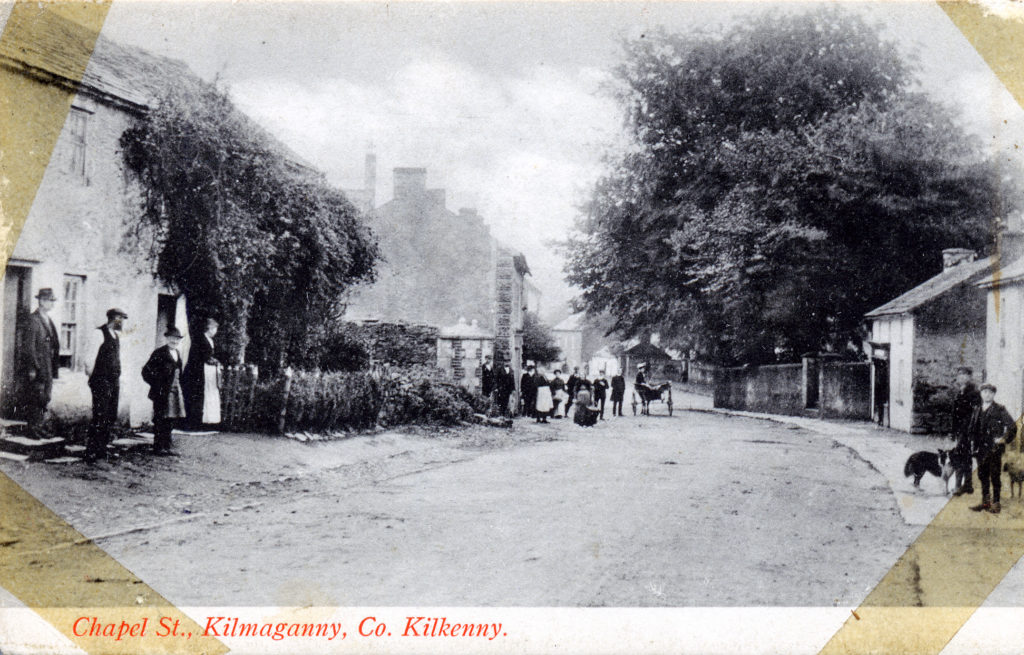 The collection gifted to KILKENNY ARCHIVES includes everyday scenes from Windgap village, Owning, Grange Mockler, Carrick-on-Suir, Kilmoganny, Newtown Anner, Clonmel, Fiddown and Portlaw,  Ahenna (Ahenny), Curraghmore, Castletown (Cox) and Kilkeran where some of the notable High Crosses of the Ossory Group are to be found.

In 2016 a group of Carrick-on-Suir people came together and collected up from local households examples of R. A. Cash’s photographic work which they had copied and reprinted. The profits from the venture were spent in placing a headstone on the grave of R.A. ‘Sonny’ Cash and his family. 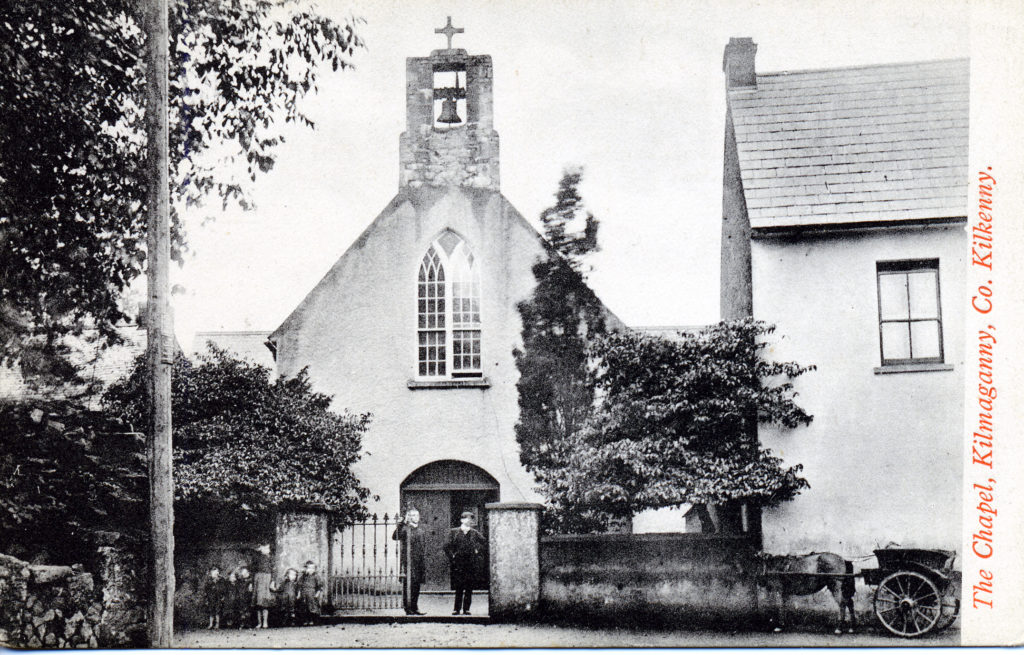 The detail in some of these postcards is amazing. Modern scanning techniques has allowed us to enlarge the views way beyond what was ever possible in the pre-digital age without expending vast sums of money for uncertain results. One which particularly caught the eye was of the area adjacent to the Kilcash National School. Here in a nearby farmyard we see cocks of hay stored for winter use. Pleated hay (or straw) ‘tops’ have been woven by hand to act as protection against the elements. With this article are the views from Kilcash village and district, including the ancient tower house of Kilcash Butlers who in the mid eighteen-century inherited Kilkenny Castle and its ancient estate and were duly recognised as Earls of Ormond in 1791.